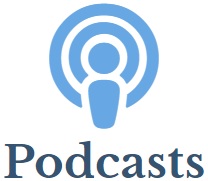 Word of Hope Ministries was developed to show the truth of the Bible to our Aboriginal people and people of the north across Canada. Showing how the Bible can come alive for study and for everyday living. This will be accomplished through the radio, the internet, printed publications, videos, and public speaking engagements in Aboriginal and northern communities. This purpose is also connected with Romans 15:13, which says, ” May the God of hope fill you with all joy and peace as you trust in him, so that you may overflow with hope by the power of the Holy Spirit.” (NIV) Our purpose is to give hope where hope has been lost or never found in the first place within a Christian context and according to scripture.

Parry Stelter is married to Angeline and they have two lovely daughters. They have been married for 14 years. Parry is originally from Alexander First Nation and Angeline is originally from Paul First Nation. They were both adopted and grew up in the Edmonton area. They both have a love for God and serving him with their talents, time, and money. Angeline has been driving semi-trucks for eight years now and Parry has recently graduated from Taylor Seminary with a Master of Divinity Degree. They are both are members at First Nations Alliance Church in Edmonton, Alberta, which is the city where they live. Angeline plays piano/keyboard with the worship team and Parry is Chairman of the Elder’s Board. Parry preaches at his home church and at Gift Lake Metis Settlement on a regular basis. Parry’s love for the Word of God and his people is what inspired him to start this Bible teaching ministry.To learn more about Parry go to his website at http://wordofhopeministries.ca